Why are Sellers cutting their prices? 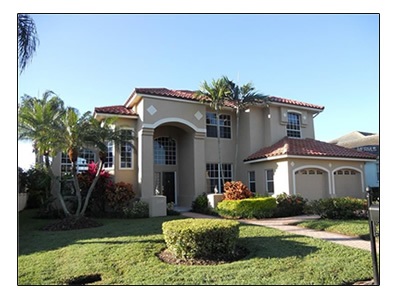 Despite a shortage of available homes, many Tampa Bay sellers are getting a rude awakening when the sign goes up but no offers come in .
More sellers are being forced to drop their prices as the reality hits that buyers don’t love that funky tile or purple accent wall.
According to a new analysis by Zillow, two-thirds of the nation’s largest housing markets — including Tampa Bay — had more listings with price cuts than they did a year ago. In just the seven days ended Wednesday, prices were reduced on nearly 1,300 single- family homes in the four-county bay area — 11.5 percent of all listings. Many of those already had dropped in price and some are in especially hot markets like Tampa’s Seminole Heights and St. Petersburg’s Crescent Lake area.
The problem: Sellers assume that a hot market means they can get top dollar for their home.
"Everybody thinks their house is the greatest on the planet," says Judson Kidd, an agent with Southern Roots Realty in St. Petersburg. "But there is so much differentiation between one side of the street and the other, between one house and another."

"A lot of agents will price where the seller wants just so they can stick a sign out front," Kidd says "Then maybe somebody from out of town will blow in and pay that ridiculous price."
Or maybe not.
"Overpriced homes stay on the market longer and sell for less than homes that are priced correctly to start," says Jennifer Zales, a Coldwell Banker agent in Tampa. "It is important to act quickly and consider a price reduction early in the listing period. The number of buyers viewing a new listing drops significantly after the first few weeks so don’t wait to take action."

Charles Richardson, Coldewell Banker’s senior regional vice president, analyzes market trends to help Zales and other Coldwell agents. He says he’s found "an amazing number" of price cuts at almost every level, whether it’s houses over $1 million or under $300,000.

In Hillsborough County in July, for example, more than half of all single- family homes for sale had undergone price "repositioning" in the past 60 days. Of houses listed between $150,000 and $300,000 — so much in demand there is only a two-month supply — 70 percent had dropped in price.

Among the homes that tend to be priced the most unrealistically at the start are FSBOs — For Sale by Owner.
"If you follow them on Craiglist, you see a lot more price reductions than you do on listed properties," says Jack Keller, a veteran St. Petersburg agent. "For sale by owners don’t have the expertise of a Realtor guiding them on what their beginning price should be."